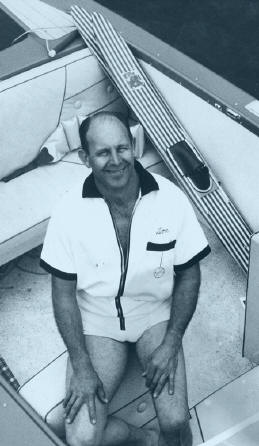 Don with his Skis 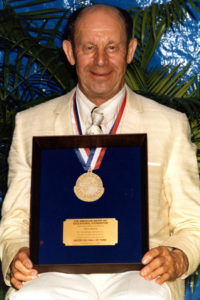 Don Ibsen, a pioneering innovator and early promoter of water skiing, was one of the first water ski manufacturers producing products out of Sitka spruce and cedar in 1928.  His business acumen, and love of the water, led to his founding of the Don S. Ibsen Company in 1950- a manufacturers’ representative firm in Seattle.

The company represented and consulted Kimball Manufacturing, an early producer of fiberglass water skis and was the first representative for Tollycraft Boats and Uniflite Marine. Later, the company extended its market focus into the RV market, introducing catalytic heaters.

Don was inducted into the Water Ski Hall of Fame in 1976. This wealth of knowledge gained through these years of experience stays in this family run company today. 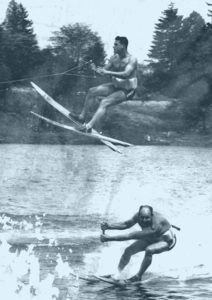 Ron, Don’s son, started working at the company after earning his business degree from Seattle University in 1960.

With a dual track career he also worked in purchasing, sales and in business management for Boeing, University of WA, Honeywell Marine Systems, and Trailer Equipment Distributors.

Ron launched Ibsen Company when his father retired in 1985.

Ron inherited his father’s love of innovation, and now the company focuses on providing creative solutions and quality products for the marine, RV and related industries.